Pointers For The Next Ricin-Attacking Idiot 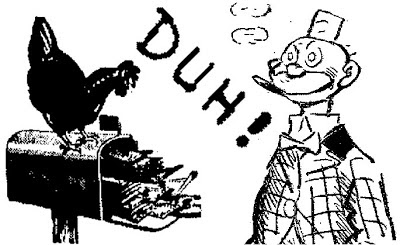 We've had a couple of cases just recently of idiots "allegedly" sending ricin in letters to the president and other government officials.

We know this much about it: 1) Someone sends the ricin; and, 2) They have a person of interest in about the time it takes to gargle. The SWAT team breaks down the door and you suddenly realize, "My life's over."

And yet -- Oh, how you can picture them rubbing their hands earlier in sinister delight -- it's obviously the perfect crime ... No one will ever know! All you have to do is buy the beans on eBay in your own name and have them shipped to your own address. Then you grind them (I guess) and have traces of the powder everywhere. Then you mail it, getting tricky here, from the mailbox down the street. Then all you have to do is lay back and picture the president getting up and hustling out to the mailbox, somewhere there at the curb next to the White House. He's like, "Hmm, something about this mail smells weird, sniff-sniff ..." And that's it!

The perfect crime? In case you haven't been keeping up, law enforcement has everything at their disposal. Did you catch the word I used: They have everything at their disposal. Even if you use the mailbox on the other side of town, they're going to nail you. Even if you spell your name backwards on the return address, they're going to know it was you. In fact, that's the first thing investigators do. They hold things up to the mirror to see if you wrote it backwards. They know how to find evidence. And the president's never going to see your letter.

Seriously, folks, you really have this image of the president running out to get his own mail? Maybe Abraham Lincoln did it like that, I don't know. We know security was very lax back in those days. But it certainly hasn't been done since. I think it's even been very well publicized that they have big mail sorting places around Washington, D.C., or somewhere, for the president's mail and that of Congress. By the time they get the mail, it's been cleared. And perhaps everything is photocopied before it gets to them, so there's not even the slightest threat of anything getting through. I know that's how I'd do it if I had anything to do with security. Then if underlings were dropping dead -- like the old food tasters kings had -- we'd see the wisdom of our caution.

So the biggest pointer is: If you think what you're doing is a worthwhile thing, think again. If you're really so troubled, get a stick and a cardboard box and go to the backyard and whack it. Or if that's too violent for you, take a deep breath, count to 10, and be thankful you won't have to spend the next 40 years in prison. Go gargle in peace, knowing the SWAT team isn't right outside.
Posted by dbkundalini at 1:35 PM