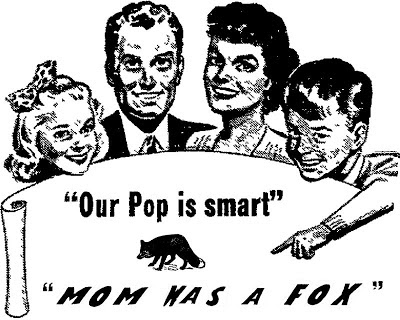 I was walking downtown today with my old friend, The Imaginary Stud, .... [pause for his links]

... when we saw a young woman lugging a big laundry basket of baby clothes up the sidewalk. He ducked in a doorway till she was out of sight. Then he says to me, "I haven't seen her for nine or ten months. I didn't even know she was expecting!"

Life is the same all over, this planet anyway and probably the others. If you want to populate the place you could have 40 women and one man. That's why during hunting season you can shoot buck deer and cock pheasants, but not does or hens. Because deer and pheasants only need a few males, but a bunch of females. The same thing goes for bulls and boars, which is probably why these animals are so potent and heavy in the sack, because their lot in life is to be very busy.

Along with eating and killing enemies, horniness is the man's biggest drive. He can be 14, which means he's underage, although of course that's a socially-determined thing, or 90 and in the nursing home, and he will think he's gotta find a woman. Before the other guy! Whom he just might kill! Which might be why we have homosexual men. Nature's way of preserving someone thought to be non-threatening in case all the other men of the tribe get killed. Then he would step up to the task ... I know, I'm digging myself a big hole here, LOL.

Imagine how horny of a bastard he was back in the day. Mom was a teenage girl, a fox, and Dad was a teenage boy, a stud. Enough said. Then they had all the advantages you read about in sociology books: A mobile society, kids with cars, places to go to be away from the family, increased disposable income, an easier access to prophylactics, social upheaval after two world wars and the Depression, the questioning of religious strictures, and reading the racy Scarlet Letter in high school. It's a combustible mix, with the spark that sets it off being Dad's raging hormones, a seething and smoldering in his pants, and next thing you know Mom is lugging baby clothes out of the laundromat. (Editor's note: We will save an account of Mom's raging horniness for Mother's Day.)