You Were Divinely Led To My Blog Today 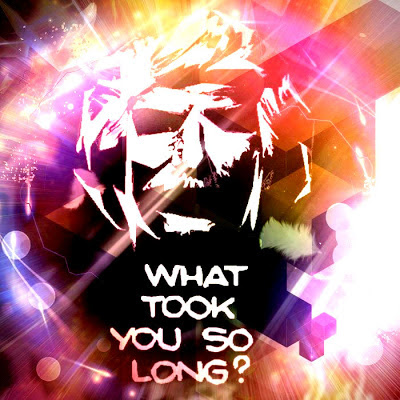 That's right. Today's the day. I have this weird weight in my soul, whereas you'd think it'd be incredible lightness. It's a strange burden, an overwhelming conviction I can't shake, that on this day of all days you were divinely led to my blog. What a thing! Great, isn't it? It just happened, I didn't do anything to make it happen! It's wonderful, I suppose, like the Magi.

It didn't just hit me today. I started getting a sense of it a couple days ago. I had a rumbling in my belly. Like anyone would assume, I just figured it was a problem with one of the six faces of the Rudra-linga, being out of sorts. But everything checked out fine upon examination. This was no ordinary cosmic fart, but an order to receive guests. A massive inflow.

Then yesterday I reacted badly, in prolonged doubt, imploring the heavens to find a more suitable vessel. Surely somewhere on the vast internet, already fabled in world history, there would have to be someone more worthy than me, someone who would be able to handle an influx of this kind without completely freaking out. Just the idea of it is enough to send me over the edge. Call me reluctant. But it's an honor, an honor, an honor...

I'm trying to look at it that way. What? It's one damned day, right? So far. It's not going any farther than that, surely. Because I'm not going to have the time for it. I'm here and I'm busy with my own life. The toaster hasn't been shaken out for three months. I have a mousetrap to empty. There's a small limb in the yard from the last tornado. Such devastation. It's endless.

Anyway, like it or not, today's the day. They're all here. Divinely led. It's a big deal, something not to take lightly. Heaven has opened. The Magi are breathless, they've done this before. The ordinary manger is exalted, through no fault of its own. I won't be able to walk for the press. Before the day's out, some visitor will reach out to touch me, maybe needing a leg extension to cure a limp, hoping virtue will flow from me to them. They'll be cured, maybe, and I'll be wasted. It'll be nothing to do with me personally. I keep telling myself that. I'm just writing a blog, and I usually something to offer. What a responsibility!

Unfortunately, on this day of days -- this is embarrassing -- I'm standing here empty, I've basically got nothing for you, nothing really. The whole thing is like a massive kick in the pants, it knocked the wind out of me, and I'm going blank. The more I strain my brain, the less gets through. Nothing? Something? Anything? I've been going through my notebooks, nothing. I'm watching TV, it just makes it worse. I despise sitcoms. La, la, la.

Any other day I would've been fine. That's how it is usually. I'm striding forth, with my rhetorical shitkickers on, slaying fantastic one-eyed giants, lots of piss and vinegar. But those days I'm not expecting anyone, certainly not on this scale. I don't know who comes here. No one, really. I think they've got links to me on Chinese gambling sites. They don't even read English. Why they'd come here, I don't know. Unless the Chinese gods are leading them everyday ... could that happen? Without them telling me?

I guess I should see that as a comfort. I actually prefer not knowing. Because when I know something like this, I don't really know it. I merely suspect it, then it messes up my day. I'd rather just look back and be amazed that it happened, past tense. Then I could say, At least I had a nice idea that day, the day they all showed up. Whereas, this is torture -- enhanced interrogation, I mean -- to have such a platform, divinely ordained and all, and to come up empty...

If each one of you could send me a dollar, that would really be nice.
Posted by dbkundalini at 7:20 AM