The Order of The Patchouli Leaf 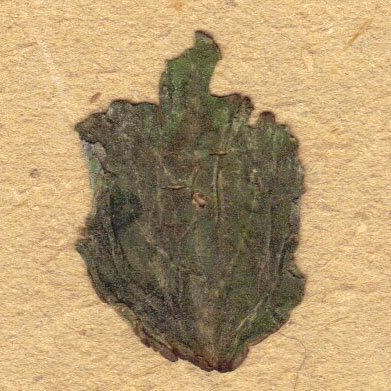 Great news, everyone. I feel I've crossed an important threshold. I'm actually certain I did. I've worked hard for it, as I see now in hindsight, although at the time I wasn't even conscious that it was possible. Now I just need to wait for the distinguished gentleman to get here. Hope he hurries.

For those who have no idea what I'm talking about, of course everything about this communique will be inscrutable. But for those into patchouli leaves, and those who happen to be very lucky, naturally you'll rejoice with me.

I've long been an admirer of the patchouli plant, having started out like many of you with only the essential oil. Which is nothing to sneeze at, because you can make important strides with merely the oil. But then I realized something was missing, as a person wants to get to the root of things and not just enjoy the fruit.

It was probably 10 years ago, or a little more now, that I brought home my first patchouli plants. That seems like a long time, and in the modern world, I guess it is. But in terms of eternity, as the old cliche has it, it's a blink of the eye. It was a long time, but it sped by. In that "blink," I've gone from youngish to old, from fairly well-coiffed to bald, and in stamina ... honestly, I can still go the whole way, Katy bar the door...

Be that as it may, the oil and leaves were there. I hung them upside down by floss, then kept the dried harvest in plastic containers. Only taking one out now and again to prompt myself in the ways of the arts, a beautiful thing. They have aged well, having packed away enough sunshine and air for their long journey. They're rife with promise, O God, how it thrills me!

Recently then, feeling that I've stewed long enough -- only the individual knows -- I have gone out and found, and procured, five beautiful new plants. When it happens, you will know. Let me say, dear friends, I'm lightheaded just thinking about it -- it'd be the purest folly to descend from this cloud, although intoxication's never been my ultimate aim.

In tending my plants, then, recently, I saw a leaf wither. At last, the time was right! I lovingly removed it, as one must, and brought it into my home and into my life. As nature instructs, I rubbed it between my fingers, then back and forth on my wrist, and so forth like that, bringing forth the pleasant, strange fragrance. It was seriously enough to knock me over, but I remained upright and confident.

But the rest of that day became crazy. Everywhere I went, and in everything I did, that scent was with me, covering everything like a blanket. The honest to God truth is, it completely overpowered me. I didn't know what to do, I started to get frantic. You know me and my problem with olfactory hallucinations. I blew my nose, went outside, went out to eat, took a shower; I tried anything and everything. Yet it was right there, ever pushing against me, in some weird way both from the outside and within. There was nothing I could do. With my remaining strength, I put it out of reach, in my briefcase, and spun the combination.

The next day was far less crazy. The fragrance had receded in the night. But dare I open the briefcase? I worried about it, then faced my fears with bravery. I opened it and there it was, harmless. I bent and sniffed and there was nothing overpowering about it. I touched it and my skin felt nothing out of the ordinary. This was the beginning of the threshold experience. Something like a completed initiation.

Outside, then, later, within the hour, I went to water the five new plants. At that time and in that place, within a sort of bower or leafy enclosure, all the domains of heaven and earth opened unto my senses. I was in the company of a magnificent world fellowship, revealed in lights, announced without words, yet still clear to my senses, as "The Order of the Patchouli Leaf." I did not turn away but stared into the essence of the vision until it reduced itself to a solid point of light, then vanished all together.

Alone, now, in my study, I write this in my own hand and without compulsion. I can still see the point of light -- like retina burn, like the old flashcubes Grandma used to use. I blink and it's colorful for a second. It probably should go without saying, I have a fresh patchouli leaf on my desk. My little companion. I have fingered it a time or two, maybe five or six times, at the most a dozen times.

I have been given to understand that I am to expect a distinguished gentleman visitor later, who will confer on me various honors and instructions, and will open to my understanding more fully what my life is to be as a member of The Order of the Patchouli Leaf. Every car going by might be him. I don't know whether to expect a Corvette or a Model T. What a day!
Posted by dbkundalini at 12:24 PM