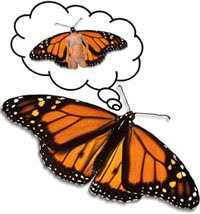 I've been neutrally optimistic all day, letting things come as they will and receiving a positive outcome without necessarily hoping for it.

OK, to be honest, I'm not precisely THERE with this one, because there were some challenges where I found myself hoping for outcomes.

But the thought of being neutrally optimistic only left me a few times. At some critical times. Ooo, I didn't mean to be THIS honest.

OK, I admit it, I'm basically still at GO.

I jump when people say Boo.

The whole theory allows for that anyway, since I was saying the organism without what we call higher consciousness is neutrally optimistic.

I was checking out other references to being neutrally optimistic, and was pleasantly surprised to see it was covered in Yoga Journal.

Who knew I might say something that Yoga Journal would be into? I just saw a reference, but it was a nice thing to see.

I'm going to continue to work on it. Which is weird, because I was saying it seems that the way to do it would be NOT to work on it.

I'm afraid I'm up against a wall on that one, which might be a good place to be, because it's at the extremes that our instincts take over.

I'm going to have to depend on something beyond me, to allow for higher consciousness AND the neutral optimism of the organism. 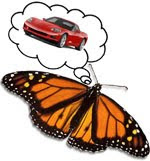 So, the bottom line. I don't think I'm any farther than GO. But I'm not saying that's a bad thing.

GO is where the organism resides, right? If I'm at GO, that's where grace can happen.