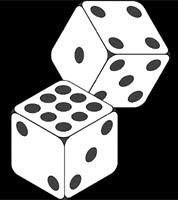 Where and when else might I have been? I might not have been or I might have always been. What do I know about it? Somehow, however it happened, there appears to be two hands with fingers pushing buttons, transcribing something, however boring it might be.

But those are all the hazy things I don't need to think about minute to minute. Because I take it for granted that I'm actually here. And having taken it for granted, there's really no reason to keep commenting on it. Except to remind myself that there's apparently something special and meaningful about it.

So what if it wasn't against all odds? What if what is is precisely what was meant to be, right on down to the bottom-most turtle? At that point, I'd have to say it was a terrific illusion at least. Because I didn't see it that way. But now that I do, OK, I see it. I'll have to stand there -- if there's still any I left to stand or anything standing to be done, since Judgment Day might just be a mental picture of something that doesn't actually happen like we think -- and say OK, you've got my admission, now what?

Enter into the beauties of my kingdom, which were and are prepared for you!

I'm sure there are lots of people who could explain it or characterize it better than I. But what of it? They're probably smarter than me, having spent all their time zeroed in on this one thing. While I'm busy with a million things, so naturally I don't know that much about it. I do feel and sense it. Life is definitely a buzz.

However you cut it, something's definitely going on. Isn't it? It either is or isn't. Is that fair? Maybe not. If we can't even figure out that much, how are we going to know if something is against all odds or not?

Odds have to be based on something firm and predictable. So it's against all odds that the odds have anything to do with it. Whatever the odds were, we somehow got five aces.
Posted by dbkundalini at 7:18 AM