A Plate Of Elk Legs 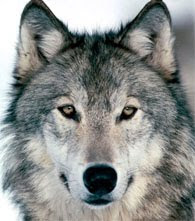 I was just checking my standing on Google. I still got it! No one else on the web has used the phrase "A plate of Elk legs" before!

Eventually -- since I perpetuate my tweets into immortality by having them on my blog -- I will have used the phrase three times.

And who knows, maybe I'm not done yet. I might keep saying "A plate of Elk legs" until everyone acknowledges it's a darned good phrase.

Or until they tell me they don't want anyone who uses that phrase hanging out here, which is perhaps just as likely, maybe even more so.

I won't stand on "freedom of speech" grounds either. I'm willing to abide, I guess, with the consensus. If everyone's sick of it, so be it.

I'm sometimes perplexed that the things I think are uproariously funny, no one else sees it. Still, I do believe, my double is out there.

So if you think looking within and bringing forth your Inner Wolf is a hilarious concept, join me at Mom's Diner for "A plate of Elk legs."

Other than that, I'm out of here for the night. The only thing that will post is a collection of these tweets called "A Plate Of Elk Legs."
Posted by dbkundalini at 7:59 PM