This Is My Quest -- Without Question Or Pause 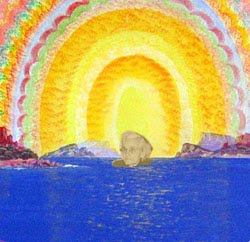 Hmm, I'd forgotten where the "Impossible Dream" song came from. Turns out it was from "Man of La Mancha," which I've only seen part of.

So it says, "No matter how hopeless, no matter how far," which I remembered well enough. What follows is more of the same, only worse.

I'll have to think about that one. That might be more than I'm willing to do. That could be tricky. I might not make it back for dinner.

I'm not much of a fighter either, especially without question or pause. I think it's very worthwhile to question what's going on.

And if that means pausing long enough to look at the situation from various angles, so be it. Nothing's worse than unnecessary conflict.

I'm pausing right now. And if questioning is bad, count me bad. I'm forever on a quest, but I like to think it's on reasonable terms.

I can't advocate anything quite that severe for those I counsel on self-esteem, pride, and having confidence. I'm a little more delicate.

Yet it's still good! Don't be discouraged! Maintain your sense that it helps you to look ahead, to look afar, to be on a quest in your life!
Posted by dbkundalini at 6:00 PM